Inconceivable – How we ended up on a documentary 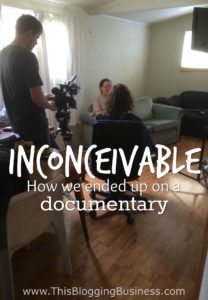 It was back in 2013 that we earnestly started exploring the option of IVF. I was going to turn 40, and here in New Zealand, if you want to have any rounds of IVF covered by government funding, your doctor needs to refer you to the fertility clinic prior to your 40th birthday.

Forty kinda crept up on me.

I was 34 when we got married. And while we knew that we didn’t have the luxury of time to decide when we wanted to have kids, we did know that we didn’t want to start having them straight away. So we gave ourselves two years. Two years to just enjoy being married, and then we’d start a family.

Two years disappeared in a flash.

And so, even though we knew it wasn’t the wisest decision, we decided to put it off for another two years. We just weren’t ready.

I think every doctor and fertility clinic in the world would tell you that delaying children when you’re in your mid to late 30s, is crazy. And I do agree… if children is the goal, at whatever cost. But we weren’t (and still aren’t) prepared to pay ANY cost for children. Our number one priority has always been our relationship, so we felt that we needed to make sure that part of our lives was all good first.

So for us, we decided that we would rather delay and be sure it’s what we really wanted.

And then, when we thought we were ready, it just never happened.

So by the time 2014 rolled by we had been trying for a while. I had started to slip into a state that I was not comfortable being in. I’m sure you’ve all been here at some time or other: where you begin to want something so much that you can’t think of anything else. I would scour the internet for information on fertility health and different types of fertility help. Every month my brain would go crazy as I felt every single change / pain / tingle / twinge in my body and wondered if this could be the very first feelings of pregnancy. Of course, Dr Google was on high alert, answering my tiniest fears and hopes. And almost every month I managed to fool myself into believing that the bloated, dull ache of my approaching period, was actually the early signs of pregnancy. If my period was one day late, then it was time to do a pregnancy test. 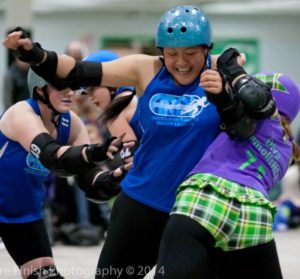 There were a couple of things that kept me on an even keel during this time. Derby was one; when you’re hanging around a group of women that are either in their late teens/early twenties with no inclination for children yet, or already in their 30s and have had their children, the topic of babies didn’t come up very often.

And the women in my team were so focussed, and working so hard at getting better at derby, that it was a wonderful reprieve to be with them. There’s something so refreshing and inspiring about being around people who are doing something they love, and working really hard to get better at it. Derby is not the kind of sport where you can just turn up for trainings when you like, and expect to get any better… or any game time. It takes commitment, effort and no small amount of cash; kinda like overcoming infertility.

And, this is a weird one, but the other thing that would keep me sane is reading the dumb questions from other women online. Don’t go vilifying me, I know that everyone is different, and ‘no question is a dumb question’ blah blah blah. But when a woman writes in saying she’s been having unprotected sex with her boyfriend, has really sore boobs, has been feeling ‘off’ and her period is two months late even though it’s as regular as clockwork… well it gives you a laugh and a moment of solid eye-rolling and makes you realise that your silly little questions are not so bad after all.

It was while trawling through fertility and pregnancy websites and forums (there are, like, gazillions of them out there! Like seriously, you could never run out of places to go and talk about all things babies, and making them, related) that I saw a note from a producer saying they were looking for couples who were trying to conceive and looking at fertility options to be a part of their documentary. So on a whim, I emailed her. And she emailed me back. And then the producer and the director came to our house (ok, ok… our garage) for a chat. She recorded our talk on a little camcorder so that they could review how we came across on camera. Apparently we came across alright!

So here we are. Almost two years later, and this Saturday we’re going to the production company for a pre-viewing of the first episode. Kinda like a premier. I think it will be something like this: 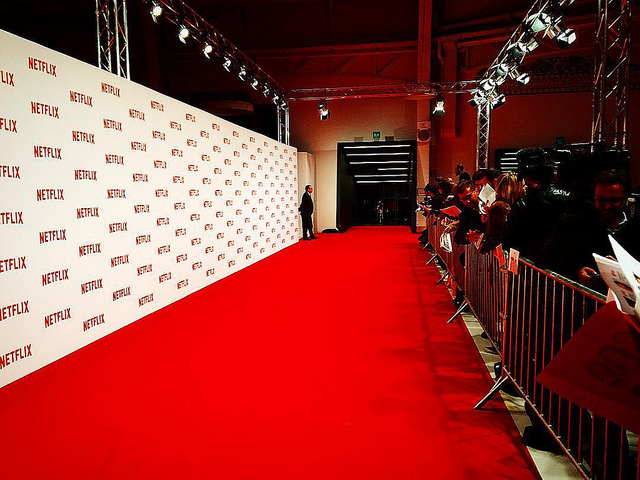 I am freaking out. Everyone in the whole country will get to see inside mine and Bens’ lives. They’ll see as us we really are (legs spread open and all :-/), will they think our philosophy is skewed, that we’re stupid for waiting so long? Will they think we’re boring and quickly decide, “who cares?!”

But my biggest fear?

You guessed it. How HUGE am I going to look on camera. They’ve got footage of us walking in and out of almost every single appointment we had at the clinic. There is no way to diminish the size of this arse! :-O

So while New Zealand watches with baited breath to see if we manage to conceive; I’m worried about the size of my hips. (At least I know I’ve got child-bearing hips, right?)

Next post Visualizing - The Key to Unlocking Your Potential?

My Perfect Day – Creating a Vision for the Future

Discovering My WHY – An Enriched Life