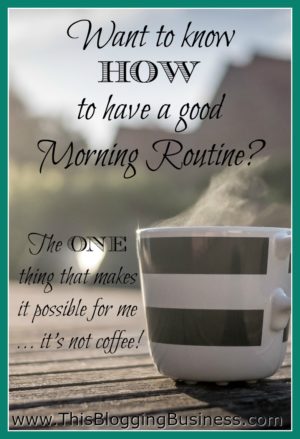 Lately I’ve been talking a bit about tiny habits, and how they were my revelation of 2016. I’ve always wanted to build good habits in my life but the struggle of implementing them and making them stick was real. One of those habits I felt I needed to implement, was how to have a good morning routine.

And then when I read Hal Elrods The Miracle Morning: The Not-So-Obvious Secret Guaranteed to Transform Your Life (Before 8AM)

I was convinced that it was what I needed to do; and his book gave me a structure on which to base it.

So with gusto and enthusiasm I started getting up an hour earlier than I had to, and spending that time going through a morning routine.

And I loved it.

It was such a self-esteem boost to be committing precious time to my own personal development.

But geez, it was hard.

Dragging myself out of bed at 5am was tough. Made tougher still by the fact that I was still playing derby at the time and one night a week I wouldn’t get home until 9.30pm, while on two other nights it wasn’t until 10.30pm … at the earliest. Add to that, time to have a shower and wind down, and I wasn’t getting to bed until after 11pm a couple of nights a week.

I don’t do do well on 6 hours sleep. So that morning routine last about two months.

It wasn’t until a year later (2016) that I tried again. By this time, I had given up derby (I love the sport but it was just taking up too much time) and was much better able to manage my schedule. i.e. get a decent amount of sleep each night.

I had been learning about habits and I really wanted to make a habit of a healthy and invigorating morning routine.

Using Willpower and Motivation to Kick Start my Morning Routine

I started out with the mindset that habits are created by sheer willpower. But my willpower proved to be an unreliable taskmaster that screwed with my head. When I failed at forcing myself to do an action, I berated myself relentlessly at my inability to make myself create even the most basic of good habits.

And then I started thinking ‘why on earth should I have to force myself to do these things?’ I wanted to want to do them. Surely that would make life so much easier.

And so began a journey of trying to figure out how to motivate myself.

Tony Robbins is a good one for that. He talks about changing your state (i.e. stand up, head up, put a smile on your face, yell out loud, pump out your chest – that kind of thing) to change how you feel. And it’s true, you do feel different so it does change your state and influences your motivation; and carrying on you can change your behaviours.

But, for whatever reason, I found his work and philosophy just didn’t change me?

So I searched for other ways to motivate myself, such as videos, podcasts and blog posts.

I think I may have done myself a disservice there. By searching for my motivation in other peoples work, I would get lost in a vortex of entertaining my mind rather than motivating it to think for itself. I don’t know if I ever got anything done as a result of consuming podcasts, videos and blog posts; but I did console myself with the thought that ‘at least I’m doing something good for myself’. Oh the stories we tell ourselves huh.

In their book The ONE Thing: The Surprisingly Simple Truth Behind Extraordinary Results

by Gary W. Keller and Jay Papasan, they talk about figuring out the one thing that you can do that will make all the other things you want to do, easier.

I didn’t realise it at the time, but one of the best things I did for myself on this second attempt at establishing a good morning routine, was to make myself go to bed early.

Although it felt a bit odd to be getting out of bed at 4am (not to mention, cold, in the middle of winter), it gave me two hours of quiet time before my husband would get up. I meditated, did affirmations, visualisations, reading and writing. And sometimes I exercised. :-/

And I’ve been going for over 6 months now.

It did get a little bit harder as summer approached. Going to bed at 8pm in the NZ summer means that you’re trying to sleep while the sun is still up! I felt like a kid again, having been sent to bed early but can hear all the other kids (with not-so-strict parents) still outside playing on their bikes. But I got over that pretty quickly as I changed it to feeling like a cheeky adult that was having a day-time nap while most other adults were, you know, adulting. Doing things like cooking dinner, getting kids ready for bed or simply watching hour after hour of mindless TV.

But I got used to it. And it made getting up early SO MUCH EASIER.

I mean, like, a gazillion times easier. Getting up early was no longer an issue.

It seems horrendously obvious. And I feel silly writing it. But…

The first step of how to have a good morning routine, is to go to bed early enough that you can get up early the next day.

I’d love to end this post there. Because even though it’s the most stupidly basic concept (go to bed early), it is the one thing that made having a morning routine both possible, and immensely enjoyable. 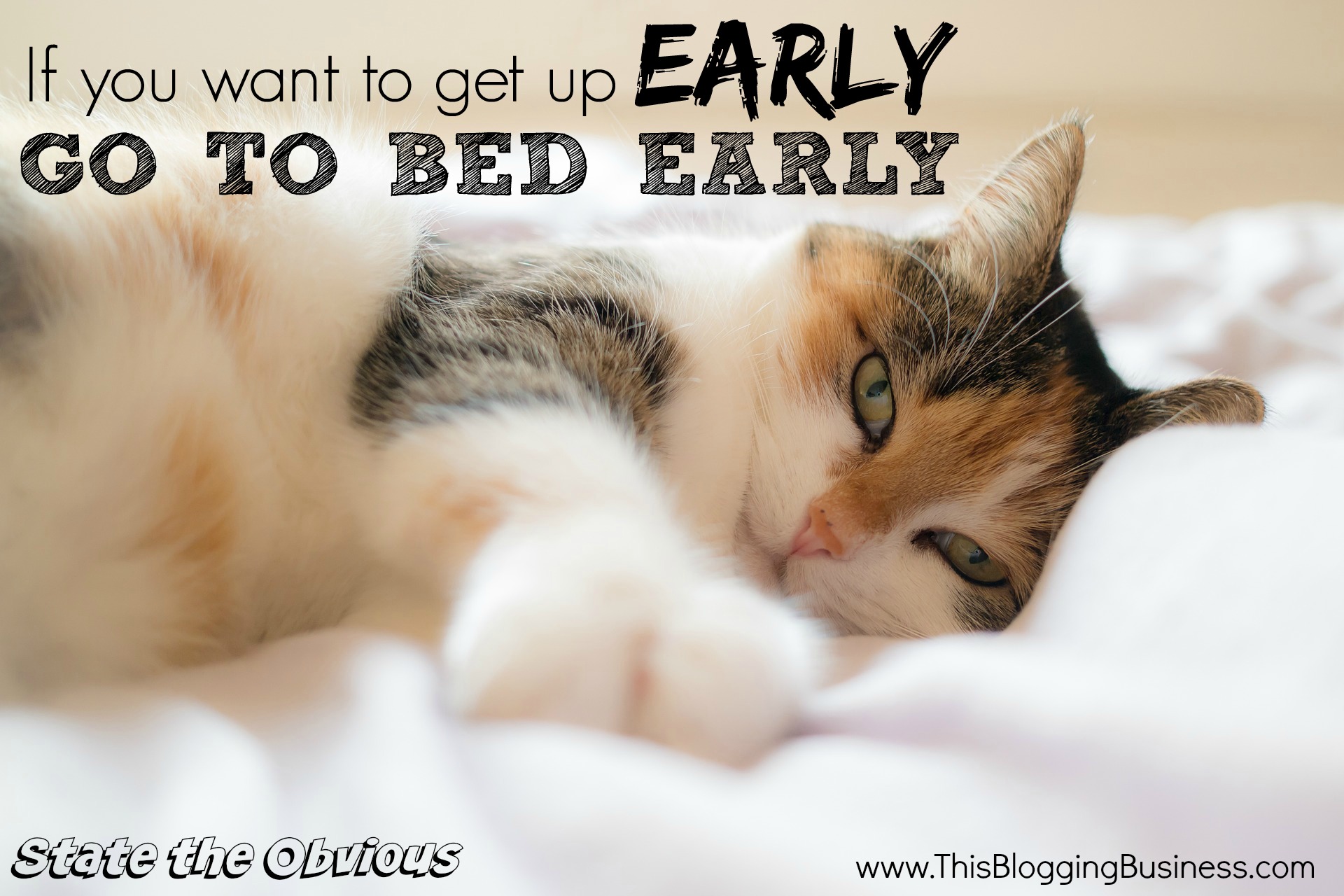 So that’s the HOW, do you want to know the WHAT of a morning routine?

What constitutes a good morning routine?

I’m going to take Hal Elrod’s (The Miracle Morning) recommendations as a perfect place to start. I think The Miracle Morning is a fantastic book and he expands on each of these areas and why it’s important; as well as ideas for what you can do for each part.

Although I did start out doing each of the SAVERS above, I have adapted my morning ritual to focus on the things that are important to me. For example, I’m not currently doing affirmations, because after doing them everyday for 3 months or so I still don’t know what benefit they add to my life. I’ll have to do some more research on them before I add them back in again.

And I find visualizations to be hard work! I don’t quite get them. My mind wanders all over the place and I find I spend more time being frustrated than actually doing any visualizing. As with affirmations, I’m going to learn some more about visualizing before adding them back into my morning routine.

So my morning routine consists of the following:

It takes me about half an hour to go through my morning routine. But with two hours to myself each morning, I will usually write, read or work on this blog.

If I’m particularly tired and struggle to wake up in the morning? No problem, I’ll sleep in for a bit longer and get up at say, 5am. And still have a whole hour for my routine. It’s so easy and it’s become a very important part of my day.

And who would have thought it would rely on something so basic as going to bed early?

Do you have any tips for how to have a good morning routine? Share them with us in the comments.