What To Do When Motivation Has Left The Building… 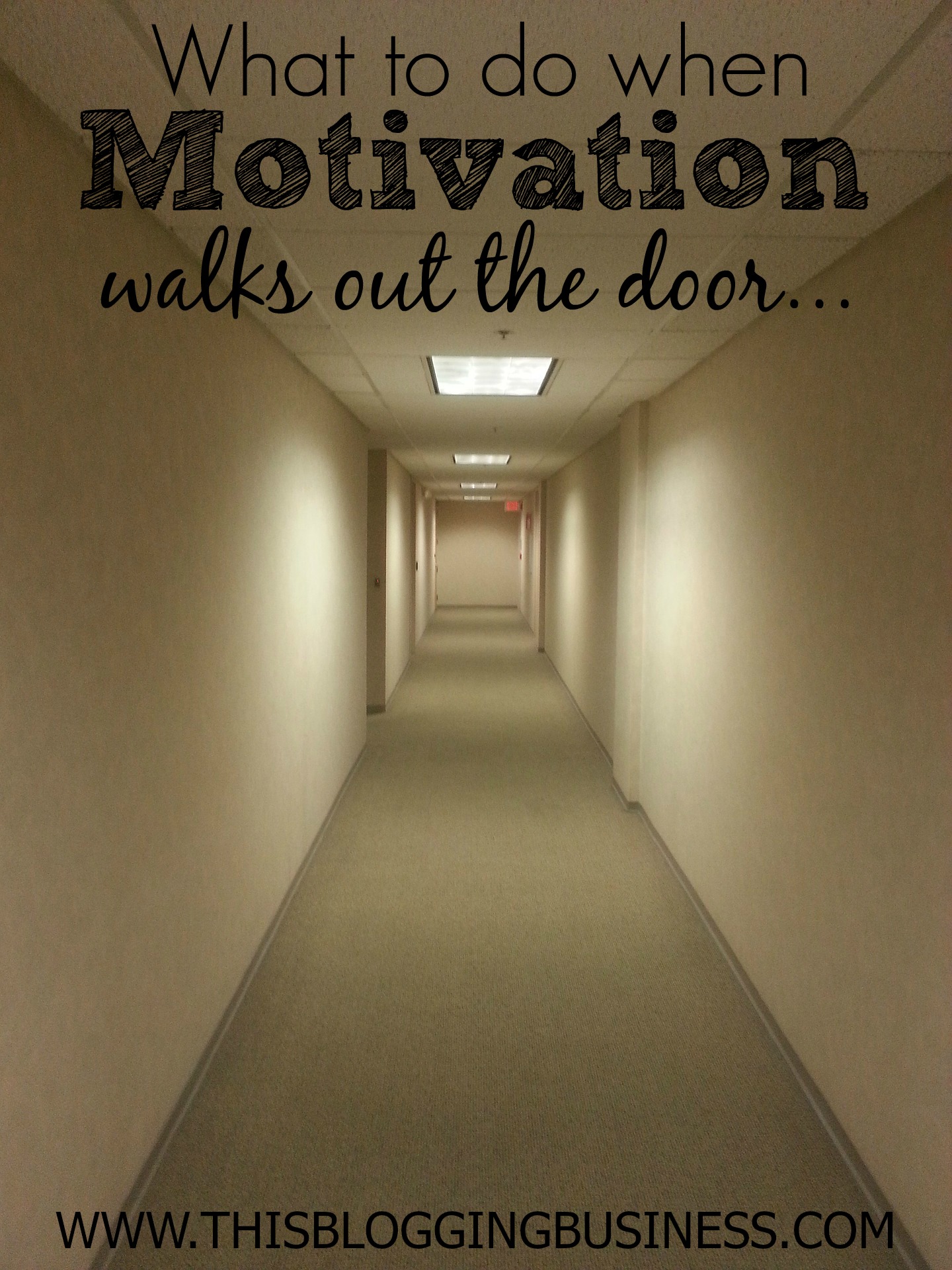 Motivation, do you struggle with it?

Or more accurately, do you struggle without it?

We all struggle with a lack of motivation at some time or other, but we need to have mechanisms in place so we can change the tide of our emotions.

I always thought that motivation had nothing to do with getting stuff done. We either wanted something (and so would take the action required to get that thing) or not. I thought that the ‘wanting’ was enough.

We read and hear about creating vision boards and how that will make our subconscious move us toward the goal that we are visualising. But in my experience, nothing moves you towards your goal except for action towards that goal!

But sometimes, you just don’t want to take the actions that you know you need to take. It’s not that you’re stuck on WHAT to do, or HOW to do it. You’re just stuck in DOING it.

Say it’s something as simple as writing a blog post.

You’ve written plenty of blog posts before so it’s not a new skill that you have to learn. You even know what you’re going to write about. And you have a few ideas about how you’re going to structure it, the overall point that you want to leave the reader with, and a few anecdotes that you can weave in to your story and make it more interesting. So you have the basis of your post. But just can’t (won’t) get started.

For many years I thought that motivation was nothing more than a swift boot up the backside. Put your big girl pants on. Knuckle down. All that other encouraging talk. <sarcasm>.

The Internal Chatter (i.e. how you talk to yourself)

While I do believe that getting ‘stuck in’ and just getting started will kick start you, I don’t believe that the internal butt kicking (you know, where you tell yourself to get off your fat, lazy arse and just DO it) serves any good purpose.

Apart from the fact that you’ll start believing the nonsense you’re telling yourself (because if it’s stuff like ‘you’re fat and lazy’ then it is nonsense) it’s more inclined to make you dig your heels in, because ‘no-one tells ME what to do!’ Or maybe it’s just me who’s like that?

So enough of the wiffle waffle… what can you do to motivate yourself?

And of course, we all know what will happen. 9 times out of 10, the ‘feeling’ kicks in, and you’re ready to keep going. But if it doesn’t, you give yourself permission to stop when the two minutes are up.

What if you totally lose ‘the feeling’ again after 10 minutes? Well that 10 minutes was far more valuable that the zero minutes you were going to do, right?

And what if you can’t (won’t) make yourself do the two minutes?

Do you even WANT the outcomes that these tasks are leading you to? 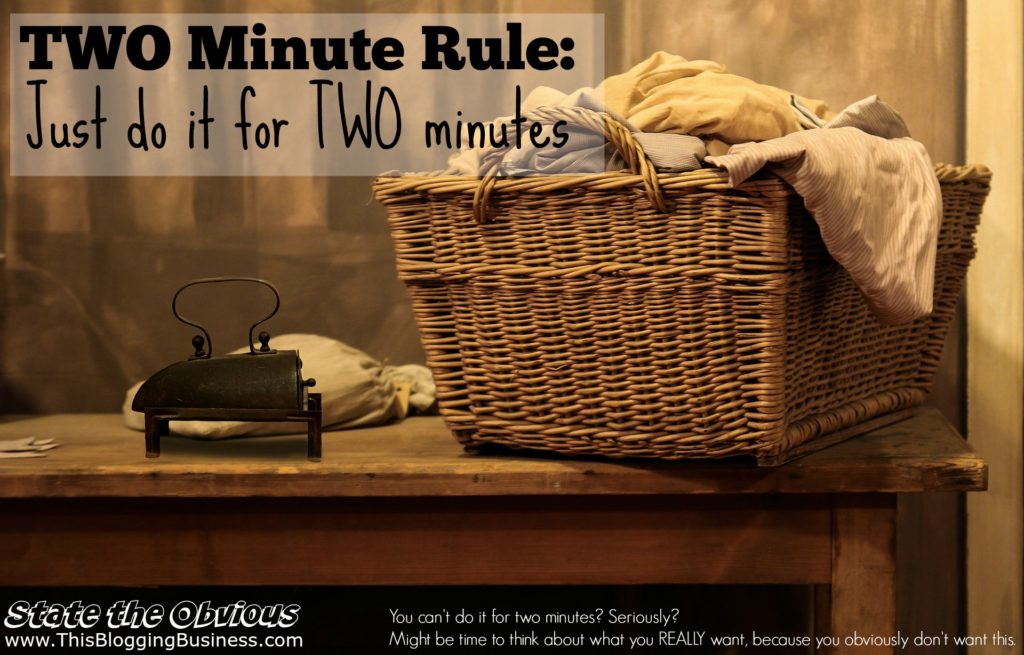 Next post Habits - It ALWAYS Comes Back To Habits