What do food and personal development have to do with each other?

I had been feeling for a couple of months that my head just wasn’t in the game. I don’t know exactly which game though.

Whatever I was doing, I would find it hard to focus and stay motivated on that one thing. Not generally too much of a problem except at work… where I just didn’t want to work on spreadsheets or solve problems or make the effort to communicate or work with other people. I just couldn’t be bothered. It was just too much hard work. I’d become super lazy.

The paragraph above was the beginning of a post I was writing about meditation. I’ve been diligently doing mediation almost every day for about three months now. I started meditation in an effort to try and get my mind/brain to stop being so lazy and foggy and slow.

It was as I was writing that paragraph that I thought I should start exploring the impact that food has on me mentally. For a few years now I’ve been trying to get closer and closer to mostly natural (or whole) foods. But I’ve always come at it from the point of view that it’s my body that needs me to eat well.

But it’s not just my body, my mind needs healthy food too. And then it dawned on me, that food has EVERYTHING to do with what I was describing. Actually, saying that it ‘dawned’ on me seems to imply that it was a gentle and beautiful revelation, unfolding itself to my consciousness.

It wasn’t even a flash of lightning, illuminating the dark recesses of my psyche.

It was more like a thud. Kinda like when you’re on a lovely walk in the forest, admiring nature, the smells, the sounds, the gentle breeze… and you smack straight into a low hanging branch. You feel a bit silly for having been so rapt in the moment that you didn’t see the obvious.

Fuzzy, unmotivated, difficult to concentrate or focus. They are all symptoms that I’ve read over and over AND OVER again from people that have stopped eating shit, and come out the other side feeling great, loads of energy and regained the ability to focus, concentrate and be productive. 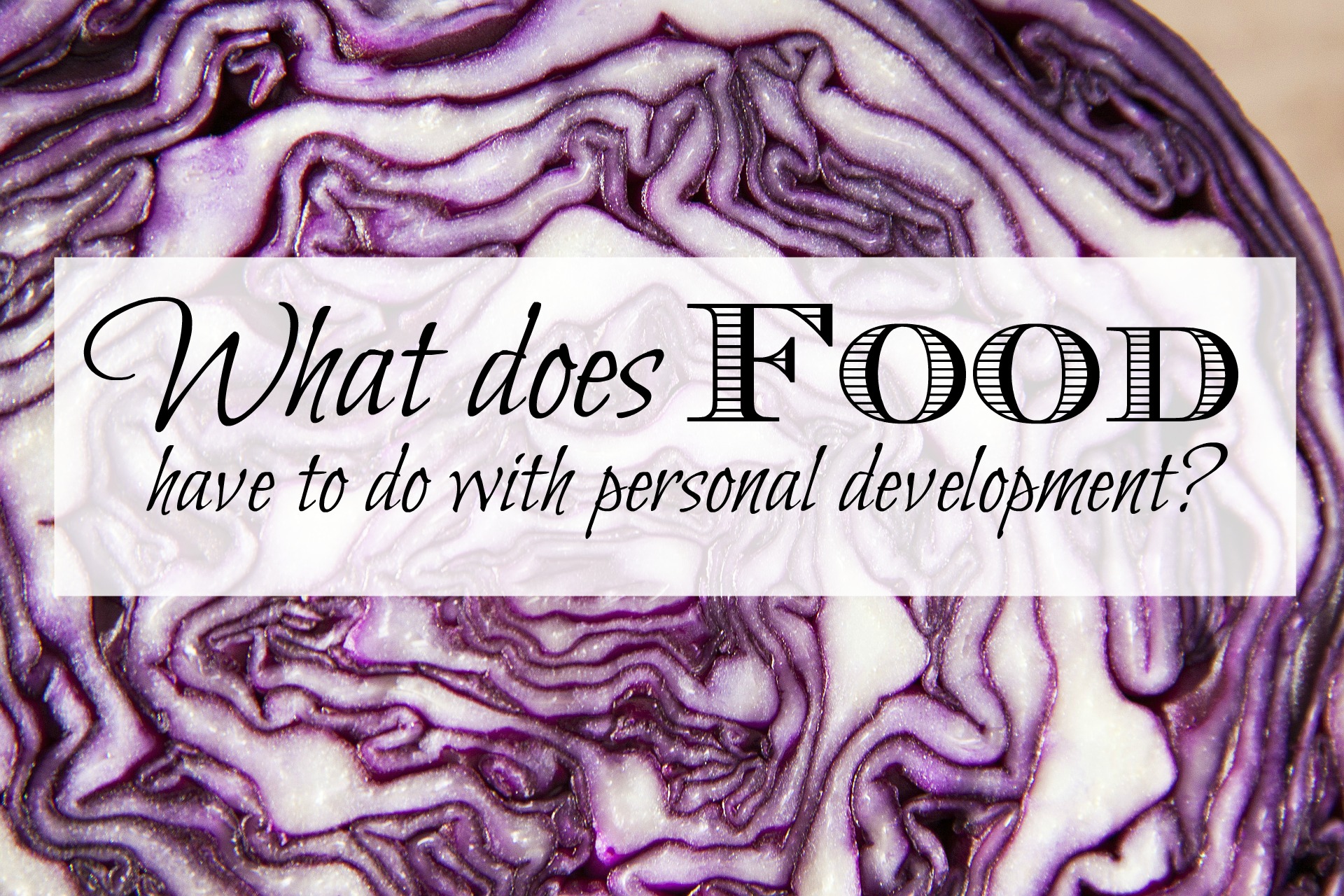 Is food the culprit?

I’ve long known that I need to sort out my eating. I am getting fatter than I have ever been. And since stopping derby, my fitness has taken a huge dive.
I’ve been wanting (and trying, mind) to reduce the 3 baddies in my books – carbs, sugar, wheat. I know sugar and wheat are carbs, but in my head it was those three that have really been giving me a hiding.

When I think about it, I realise that my eating affects EVERY area of my life. And most definitely the ones that are important to me:

My ability to control or be effective in all of the things above, are directly linked to what I eat. Some of them are obvious, like my weight and energy.

But I’ve only just realised that all my efforts in the ‘personal development’ space, have been my attempt to deal with my motivation levels, concentration and focus. When in actual fact, food is the biggest determinant of those things.

Do I have anything to base this on? Nope. Except for a lot of blogs and articles I’ve read. The ‘Quit Sugar’ brigade, the ‘Low Carb’ devotees and even the ‘Gluten Free’ fans. So I have no references, no links to show you. Just my memory of reading all their stuff and how much better they felt after cleaning up their diet. I’ve just got a very convincing (to me) hunch that this is the root of all my issues.

So rather than convince you of my theory with scientific back-up; I’m going to show you (and me!) that I’m right. By eating no sugar and no wheat until the end of October. To see if food and personal development go hand in hand.

I expect to feel more energy, more motivation, clearer focus and more sustained periods of concentration. I’ll fill you in as I go.

5th Oct 2016 – This is the day I made the commitment to go without sugar and wheat until the end of the month. I’m not too worried

10th Oct 2016 – I find that I have a better level of commitment to this goal than I have had previously. This time, it’s about more than just losing some weight. It’s about feeling normal again, healthy. It’s about being enthusiastic again, and motivated. It’s about getting outside of my head and on to paper.

26th Oct 2016 – So we’ll just say that October was me easing myself into this challenge of no wheat or sugar. 😮

Even though I have reduced my sugar and wheat A LOT, there have still been a couple of occasions where I fell off the wagon. And by ‘falling off the wagon’ I mean that I was out to dinner with a group of girlfriends and they all had desert, so I did too. Or I visited my aunty and she’d baked afghan cookies that I just couldn’t resist. I can count on one hand the number of times I’ve had some sugar or some wheat.

And I think I can safely say that I DO feel better when I haven’t eaten wheat or sugar. Actually, when I eat wheat (so far it’s been in the form of bread or cookies) I don’t feel the greatest physically. I haven’t really noticed anything much after eating sugar. But then again, I haven’t been off either one long enough to be able to test them.

So while I’m pleased that I’ve significantly reduced the amount I eat of each, I want to give my body a chance to know what it feels like to have NONE , for a whole month. November is now NOvember for me. NO sugar or wheat. I should probably find a catchy slogan or something that’s a bit more positive than the NO in NOvember, but whatever. I’m a bit tickled by my NOvember. 😛

As usual, I’ll keep you posted… 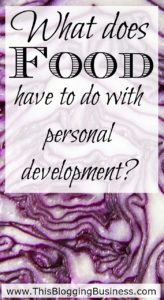 You know, we could so easily get all legalistic about this stuff. I mean, I’m not celiac or gluten intolerant so that’s why I’m just looking at cutting out wheat generally. If there’s a bit of gluten in the soy sauce that I use, I’m not gonna stress about it.

By the same token, I’m not cutting out ALL sugars from my diet. I’m going to keep eating natural sugars, but I will cut out processed/refined sugar. This can sometimes be a little bit harder because it seems like they add sugar to everything! So that means I will be sticking to whole foods.

One area I would like to explore later on, is the influence dairy (more specifically, lactose) has on my headspace. I know that my tummy doesn’t like it. One of my favourite, favourite drinks is chocolate milk, but I learnt years ago that my tummy hurts when I drink it. So I don’t.  I do still love me a good, well-made flat white (coffee), but that’s more of a treat. My tummy doesn’t like too much milk, but I wonder if that influences my state of mind too?

In case you’re interested, here are some of the websites and blogs that I’ve read over the years that have led me to more whole foods diet. I’ve still got a long way to go, but these might be useful information for you:

I Quit Sugar – This site was started by Sarah Wilson who suffered from Hashimoto’s disease, but she found that her symptoms greatly decreased when she cut sugar out of her diet. What started out as blog where she shared all the things she was learning, turned into a book, and then a site and an eating program that guides you through cutting out sugar over 8-weeks.

Four Hour Body – Tim Ferris uses his own body to experiment different diet and fitness methods. He’s a proponent of a low carb diet and has lots of facts and references for you to check out.

What about you? Have you seen a link between your diet and how you feel mentally?

Pssst… you wanna hear how this went? I’m not very good at keeping you in suspense… it went great! Here’s what I mean <– you just click that link and it will take you to my post with the results of the NOvember challenge.

Next post How long does it take for meditation to work?

The Results of the No Sugar or Wheat Challenge